For West-on-Track, supported by Irish Rail, we have done a census and strategy for the Western Rail Corridor.

Our eight-day census estimates that 140,334 passengers traveled the mid-section between Athenry and Ennis in 2015. Irish Rail’s full-year ticket figures put the number at 102,486, with another 176,046 passengers using the two commuter sections, from Athenry to Galway and Ennis to Limerick, in 2015.

An investment of €100 million – a pittance in a €300 billion economy – and those people, commuters and students (not to mention tourists), would have the option to travel quickly and cheaply, to and from Eyre Square, the heart of Galway. The impact on the regional capital’s commuting and housing crises would be immediate and positive.

Our strategy has a set of recommendations aimed at maximising the performance of this InterCity route. These include better trains, faster journeys, sharper time-keeping, integration of the Western Rail Corridor into the InterCity network through scheduling and ticketing changes, and a Wild Atlantic Railway. 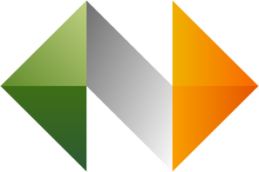