As far back as 2002, the Department of Health had issued good practice prescribing guidelines for benzodiazepines, a class of psychoactive drugs in a family known as minor tranquillisers. Benzos, as they are more commonly known, are used to aid sleep, reduce anxiety and induce feelings of relaxation. The evidence is that regular use of benzodiazepines leads to loss of therapeutic benefit, increased dosage, unpleasant withdrawal symptoms and drug dependence. Although widely prescribed, they are also widely misused.

The Western Region Drugs Task Force engaged us to research the extent of benzodiazepine misuse and abuse in counties Galway, Mayo and Roscommon. Our methodology was comprised of literature review, focus groups with addiction counsellors and recovering addicts, and computerised analysis of 500,000 prescriptions reimbursed over 8 years by the HSE under the medical card, drug payment and long-term illness schemes.

The result is the first mixed research study on misuse and abuse by patients and inappropriate prescribing by primary care doctors in Ireland. Our analysis of the prescription reimbursement data confirmed the findings of previous national and international studies of benzodiazepine use and misuse i.e. women, older people and poorer people are over-represented in the prescription records relative to other population groups.

In a significant improvement on the supporting figures provided by the Department of Health in 2002, we also analysed prescribing patterns among primary care doctors for the eight-year period from 2000 to 2007. This was a first for Ireland and was made possible only by the availability of high-end enterprise computing. In short, our calculations highlighted systemic, inappropriate prescribing.

The research did not seek to apportion blame but urged all those with a responsibility to heed and act on the findings – not least because, as we warned at the launch of the report, the numbers addicted to benzodiazepines could potentially soar as a result of the economic crisis that was then unfolding. In urging a reappraisal of the response to benzodiazepine misuse and abuse, the study highlighted that there are three parties to every prescription – doctors, pharmacists and patients – each with a part to play in addressing the problem. 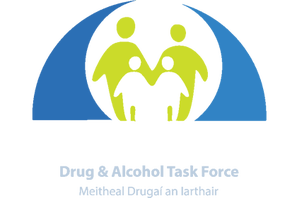