Shine is the national organisation dedicated to upholding the rights and addressing the needs of all those affected by mental ill health. It empowers people with mental ill health and their families through support, information and education. It also advocates for social change, promoting and defending the right of all those affected by mental ill health to equal rights and quality services. We planned and executed a high profile national and local media relations and public affairs campaign for Shine on mental health and the ‘Vision for Change’ strategy.

We won extensive coverage in local newspapers about the need to plough money from the sale of psychiatric hospitals into community mental health services. A notable success in the national newspapers was our release on the risk of developers abandoning Part V of the Housing Act and excluding people with mental illness. We also mobilised opposition via national radio to the government plan to the move the Central Mental Hospital to a prison. That plan was later abandoned by the Department of Health.

We had great success in arranging interviews on RTÉ radio and television for the spokespersons we had trained. One went on Morning Ireland to make the case against the proposed relocation of the Central Mental Hospital. Another appeared on Ryan Tubridy‘s morning radio show to talk about the impact of mental illness. He was interviewed later that day by Bláthnaid Ní Chofaigh on The Afternoon Show on RTÉ One television. 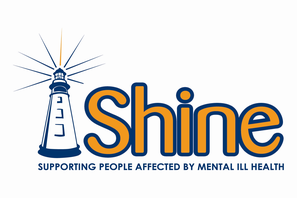