Rub the UK off the map and see how isolated Ireland is from Europe as a result.

If Brexit blocks the land bridge through the UK, how are we to export to and import as easily as we do now? At least 75,000 jobs in 2,500 Irish and Multinational companies in the mid-west, west and north-west regions depend on the answer to that question.

Even if the UK was staying, we’d still have to figure a way to counter the dominance of Dublin, promote balanced national development by moving investment, jobs and people to the western half of the country, and build a true all-island economy.

And tap the potential to create – and scale – enterprise from abundant natural resources, especially the Atlantic Ocean. 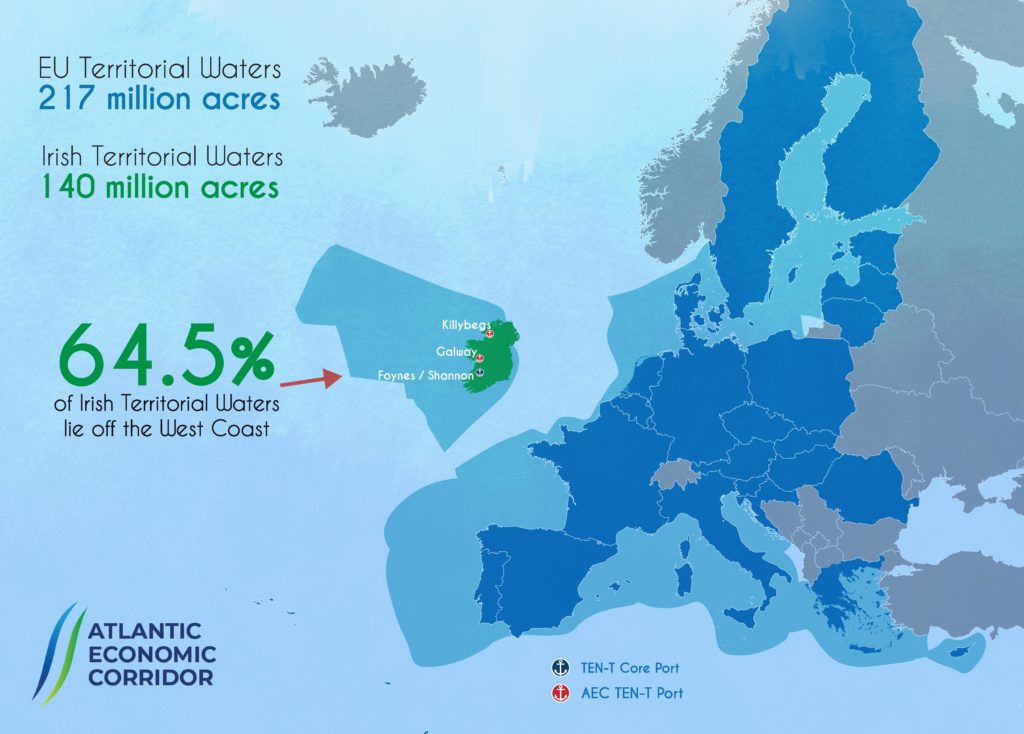 Europe was meant to be forever, not a generation …

The EU built a continent-wide transport core on the strength the family would always stay together.

Ireland opted to put Dublin, Belfast and Cork into that core – and keep the remainder for a reservation.

But Dublin is now strangled through a lack of affordable housing, good public transport and decent quality of life. 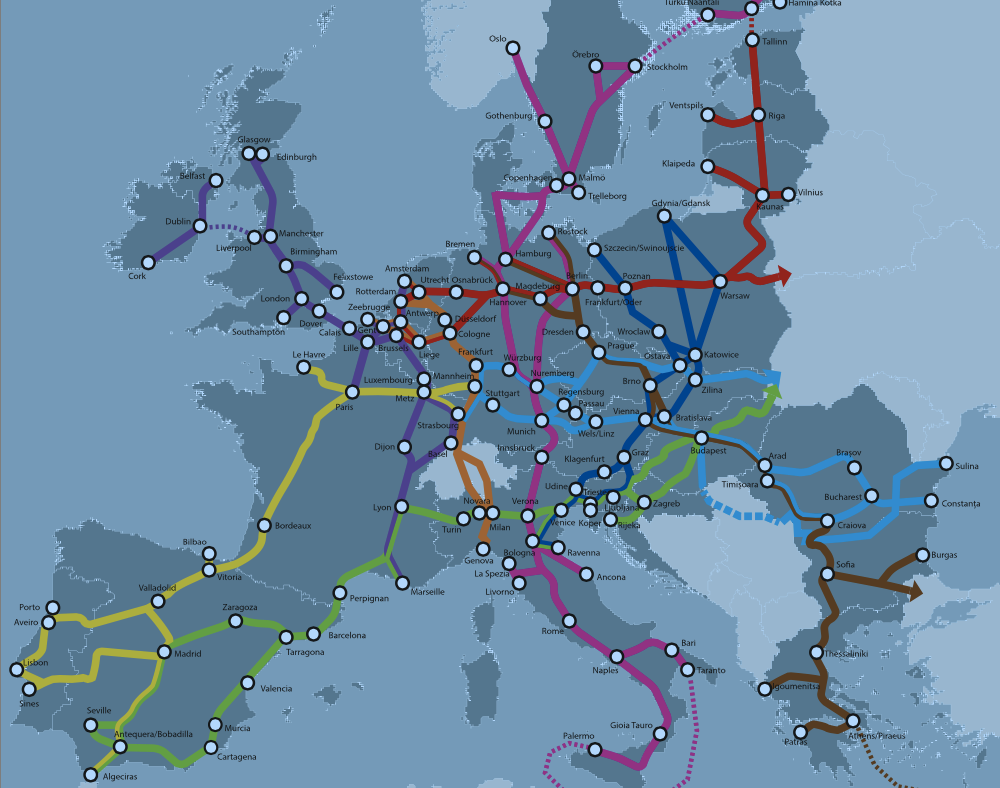 Brexit is focusing minds, it must also mobilise resources …

Eurostat figures show the economy of the north and west has flat-lined, while in the east, midlands and south it has soared.

The Government says recovery is real, rooted and spreading, even though the west and north account for a pitiful 8% of GDP.

If we want things to stay the same, things are going to have to change. The forced displacement east and south has to stop. 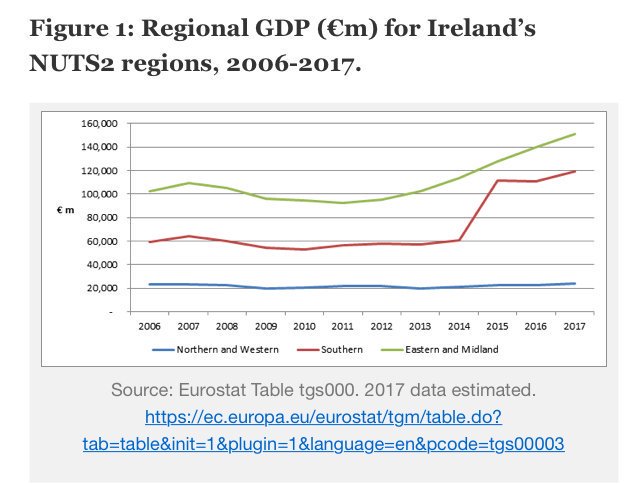 The Atlantic Corridor is a lifeline for Ireland and to Europe …

Its aim is a ‘city of scale’ from Limerick to Galway to Sligo, linked to Derry and Belfast, to match Dublin and Cork in developing infrastructure, attracting Irish and multinational investment, and growing jobs and investment in vibrant, sustainable communities.

Its measure is Gross Value Added – closing the gap in the value of goods and services produced, rivaling Dublin and Cork.

That requires developing and utilising sea port, airport, road and rail infrastructure to their full potential.

And changing the mindset of Ministers and Civil Servants, so they put real money into a balanced, all-island economy. 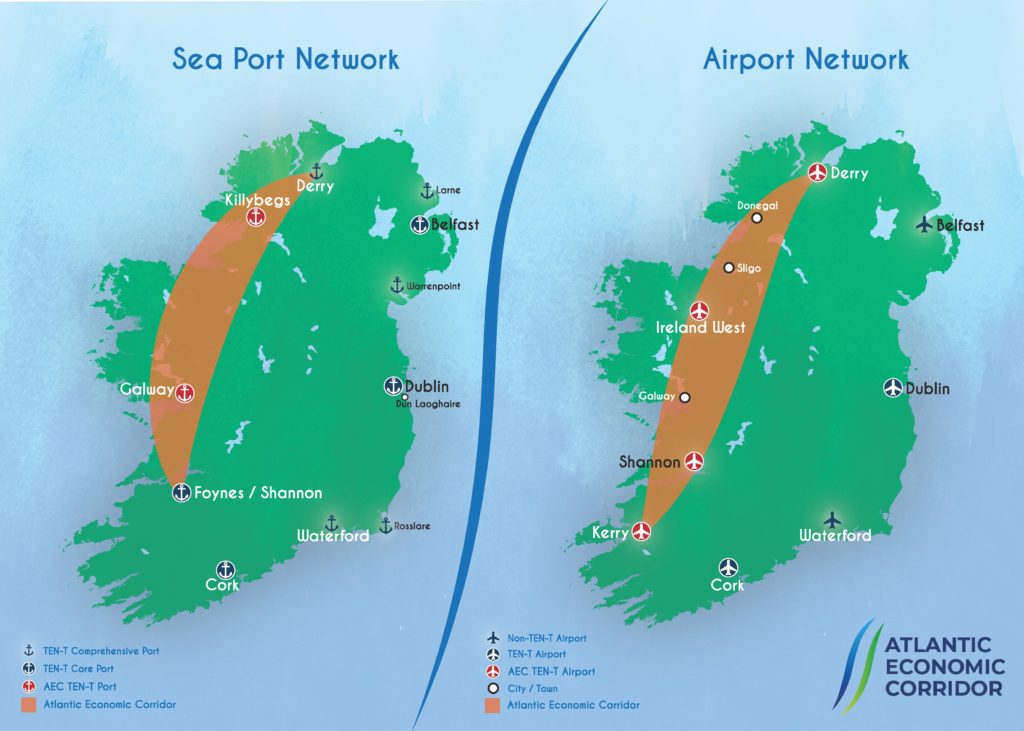 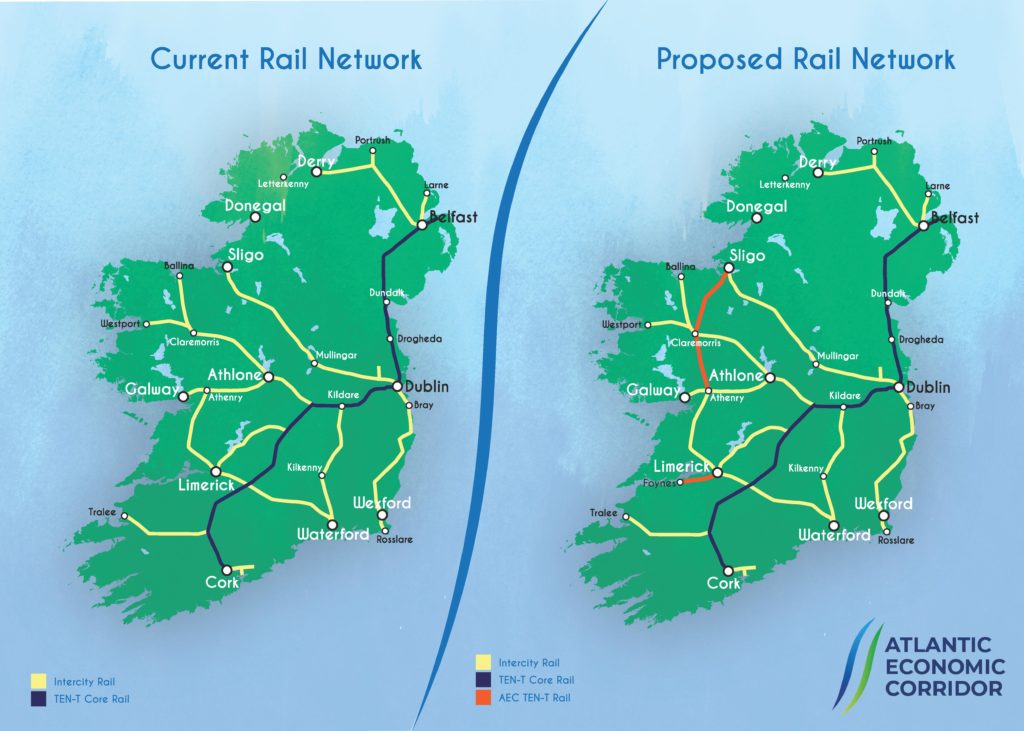 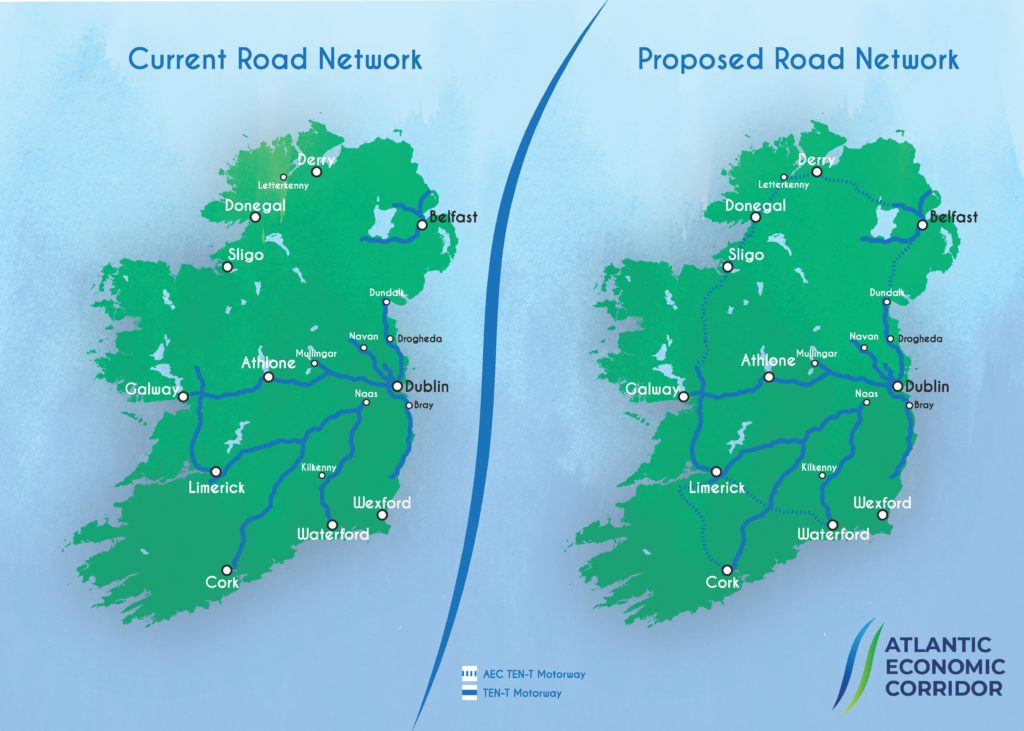 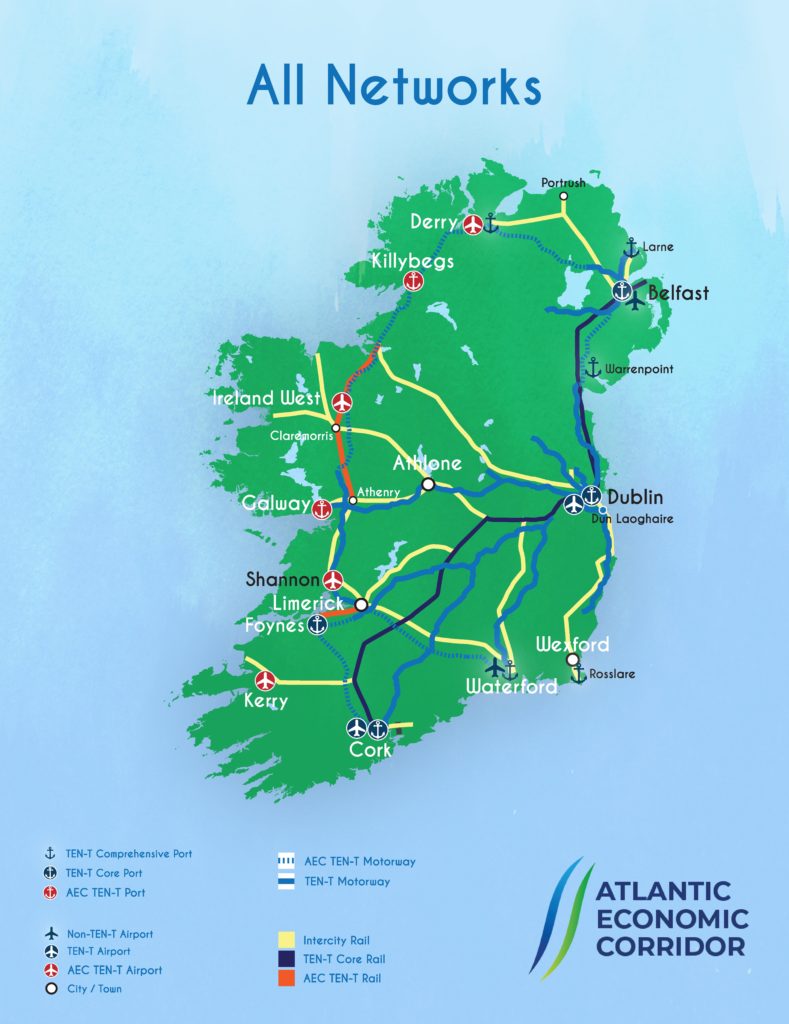 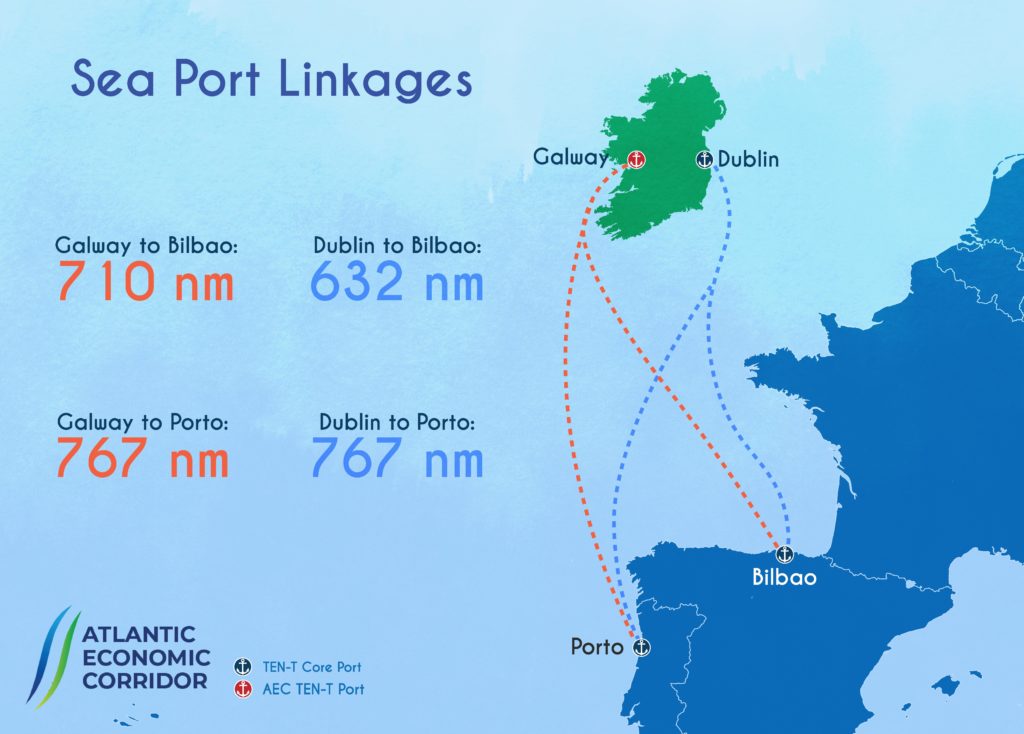 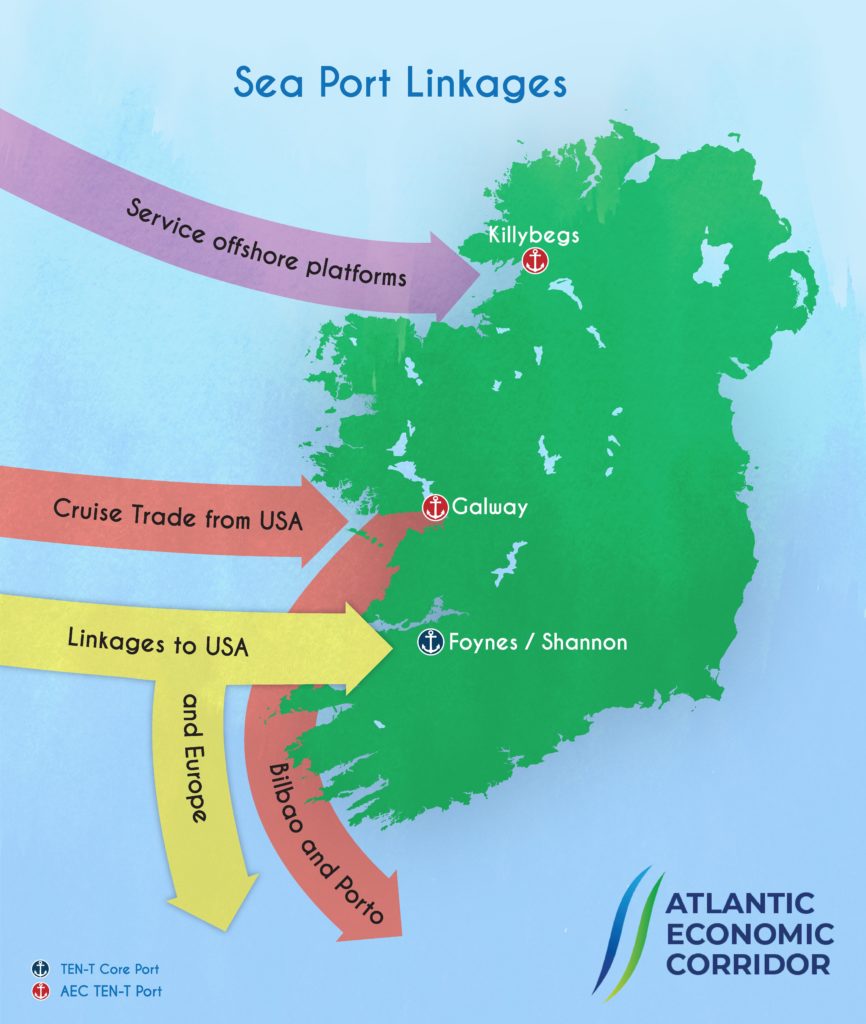 The Message from Europe …

Brexit is a game-changer. Since 1973, Ireland has been content to rely on the land bridge through the UK as a route to Europe.

The EU recognises the dangers of the land bridge being blocked or blocked off. It’s willing to put the Atlantic Economic Corridor back into the TEN-T Core, the multi-billion euro scheme for removing bottlenecks and adding missing links in the EU’s road, rail, air and sea transport infrastructure by 2030. Ireland has to ask. Officials in the TEN-T have said funding is available, “so please apply”.

Thus far, the Irish Government has been negligent, not just in failing to develop the west, but in shunning EU institutions that want to help the west and north to overcome their disadvantage as peripheral regions in a peripheral country on the edge of Europe.

It’s time for a change.